Join the American Middle East Institute on Wednesday, June 10th as we host special guests Victoria C. G. Coates Senior Policy Advisor in the Office of the Secretary at the U.S. Department of Energy, Edwin C. Sagurton Jr., Counselor for Economic Affairs, and Nasir Abbasi, Minister Counselor for Commercial Affairs, at the U.S. Embassy in Riyadh, at our virtual webinar series Business Marches On.  This conversation from 10AM to 11AM EST (5PM to 6PM Riyadh time) will include an overview of commercial opportunities in the Kingdom.  Our longtime moderator Bill Flanagan, Chief Corporate Relations Officer for the Allegheny Conference On Community Development, will conduct the conversation following opening remarks from Riyadh.

This session was originally scheduled for June 3rd and has been moved to June 10th. 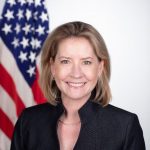 Prior to joining the NSC on January 20th, 2017, Dr. Coates was the Senior Advisor for National Security in the Office of Senator Ted Cruz (Texas) from 2013-17, and the Senior Advisor for National Security for Senator Cruz’ 2016 presidential campaign. During the 2012 Presidential election, Dr. Coates served as an advisor for foreign policy for (former) Governor of Texas Rick Perry. From 2007-11, Dr. Coates was Director of Research for (former) Secretary of Defense Donald Rumsfeld. In this role, she provided editorial support and content analysis for Mr. Rumsfeld’s memoir Known and Unknown.

Dr. Coates has written extensively on foreign policy, politics, and art history, as well as the relationship between these topics. In January 2016, Encounter Press published her book, David’s Sling: A History of Democracy in Ten Works of Art, which examines intersections between the fine arts and free systems of government in the Western tradition. She is currently under contract with Encounter Press for the forthcoming Seeing the Light: A History of Christianity in Twelve Works of Art.

Mr. Sagurton is a career Foreign Service Officer who is serving as Counselor for Economic Affairs at the U.S. Embassy in Riyadh. He joined the U.S. Department of State in 1989.

Mr. Sagurton’s recent overseas experience includes assignments as Minister-Counselor for Political Affairs at the U.S. Embassy in Seoul from 2015-18 and as Chief of the Political Section in Basrah, Iraq from 2013-14. Other overseas assignments include tours in Seoul, Busan, and Manila.

In Washington, Mr. Sagurton helped to manage the Department’s relations with Congress as Director of Regional Affairs in the Legislative Bureau and to enhance U.S. economic and trade relations through various positions in the Economic Bureau, including Deputy Director of Bilateral Trade Affairs. He worked on the Korea and China desks in the Bureau of East Asia and Pacific Affairs. Mr. Sagurton also taught economic and commercial studies at the Department’s Foreign Service Institute and assessed new candidates for the Foreign Service on the Department’s Board of Examiners.

Before joining the State Department, Mr. Sagurton worked for the General Electric Company as a financial analyst (1980-87).

Mr. Sagurton graduated from Stanford University with degrees in History and Economics (1980, Phi Beta Kappa) and from the Industrial College of the Armed Forces with a Master’s degree in National Resource Strategy (2009). He is a recipient of the Department of State’s Superior Honor and Meritorious Honor awards. Mr. Sagurton is married with three children.

Nasir Abbasi, a career member of the United States Senior Foreign Service, is currently the Minister Counselor for Commercial Affairs at the U.S. Embassy in Riyadh, Saudi Arabia. He oversees an operation that included 20-member team in three offices across Saudi Arabia (Riyadh, Jeddah and Dhahran) and partnership post responsibility with Manama, Bahrain. Previously he served as the Commercial Attaché at the U.S. Consulate General in Dubai, United Arab Emirates, managing an active regional trade promotion agenda. From 2011 to 2014, Mr. Abbasi was assigned in Dhahran, the oil capital of Saudi Arabia. From 2008 to 2011 he was assigned to the U.S. Embassy in Kuala Lumpur, Malaysia where he managed a 12-member team that was responsible for maintaining and increasing U.S. commercial interests and investments in Malaysia. From 2006-2008, Mr. Abbasi served at the U.S. Embassy in Riyadh, Saudi Arabia. From 2002 to 2006, Mr. Abbasi served in Melbourne, Australia, where his area of responsibilities included the States of Victoria, South Australia, Tasmania, Western Australia and the Northern Territory, nearly two thirds of the Continent. He has extensive knowledge in industry sectors such as oil and gas, petrochemicals, telecommunications and automotive.

A resident of Maryland, he received his MBA in International Business from the American Graduate School of International Management (Thunderbird) in Glendale, Arizona and his Bachelors Degree in Management from Eckerd College in St. Petersburg, Florida. 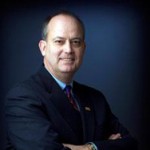