Home › About AMEI › Board of Directors › Charles Bogosta 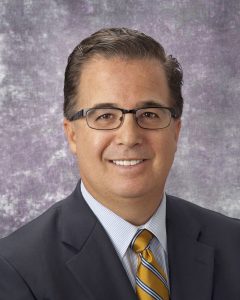 As the executive vice president of UPMC and president of UPMC International, Mr. Bogosta is responsible for the expansion of UPMC’s world-class medical care, technology and services to patients and health care providers around the world.

He oversees a portfolio of international projects spanning multiple clinical specialties, with a geographic focus on Italy, Ireland, Kazakhstan and China. UPMC leverages its medical, operational and technological expertise to provide the best possible care to patients close to where they live.

Before joining UPMC in 1997, Mr. Bogosta was one of the founding members of Corporate Health Dimensions, an Albany, N.Y., firm specializing in the direct contracting of pharmacies and outpatient clinics for major U.S. companies. He also served as an executive at Health Enterprises Management, which financed and operated freestanding surgery centers and imaging centers.