“I wanted to give her a hug,” said Mollie as Amira walked towards the elevator.  “She’s my new sister.”  Taking my cue, I call out her name and Amira turned around.  Mollie hesitated at first, then ran up to her.  While the rest of us waited on line for the bumper cars at Cairo’s Dream Park, the two had gone off to grab lunch and in the process discovered that a Jewish American and a Muslim Egyptian had more in common than they ever imagined.  They hugged and tearfully said their goodbyes – in Arabic.

The Pittsburgh Middle East Institute achieved this summer something no other overseas program has ever achieved.  In one short month, students who had never studied a word of Arabic had built up a network Egyptian friends – most of them speaking little to no English –  mastered the complex Egyptian public transportation system, attended lectures on Islam from a Sheikh at Al-Azhar, studied Islamic history and the literature of its Golden Age, learned to cook Egyptian food in the house of a professional chef, hit all the spots that make up Egyptian night-life for ordinary young adults and brought back to the United States an inexhaustible fund of memories, new perspectives and enthusiasm for a brighter and closer relationship between our countries.

All that for barely a quarter of the price of most equivalent programs.  How did it happen?  First, Egyptian society is based on who you know.  The impersonal method of doing business in the United States guarantees that most other programs have to pay much higher fees for basic expenses such as living accommodations, transportation and language instructors.  In addition, the goals of most programs are undefined or limited to learning some degree of the Arabic language.  Instead, PMEI explained to each of our Egyptian collaborators that we wanted our American students to develop personal relationships with Egyptians their age, understand Egyptian culture from the inside, respect and appreciate their religion and cultural values, and participate in good will programs towards less fortunate members of society – refugees from Iraq and Sudan, orphans, child laborers.  Many Egyptians volunteered and contributed to our student’s experience because the believed in the PMEI mission. Finally, we were not afraid to stretch the students limits.  In many respects, the intensive language and cultural studies were demanding and exhausting for the students, but the benefits reaped were exponentially larger with the greater investment.

The Pittsburgh Middle East Institute plans to expand its programs to provide broader and more intensive contact with the Middle East to as many residents of Pittsburgh are interested in expanding their sights and points of view. 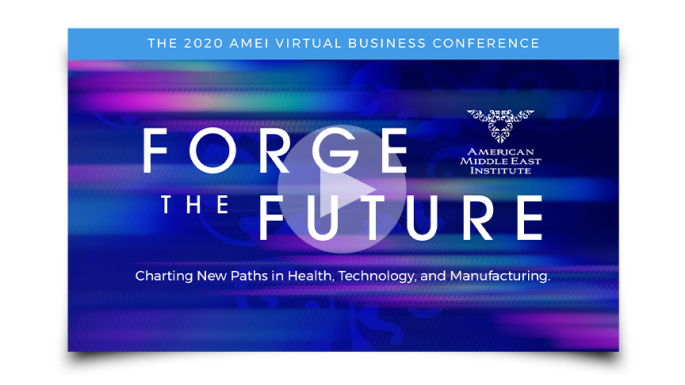 WATCH NOW – Forge the Future: Charting New Paths in Health, Technology & Manufacturing
Watch AMEI's 13th Annual Virtual Business Conference - Forge the Future: Charting New Paths in Health, Technology & Manufacturing.
Read More
GMIS, the international summit on robotics, AI and advanced manufacturing is coming to Pittsburgh
Pittsburgh recently won a bid to host the inaugural Global Manufacturing and Industrialization Summit (GMIS) America in July — the first event booked for 2021 at the David L. Lawrence Convention Center. As the first American city to join the partnership originating in the United Arab Emirates, Pittsburgh will host a GMIS satellite event each year.
Read More
Donate to the People of Beirut
Our thoughts are with the people of Beirut at this difficult time. The Center for Arab American Philanthropy (CAAP) launched a match campaign through its Disaster Relief Fund to provide much needed assistance to those suffering in Lebanon. 100% of all donations, plus a 50 cents to the dollar match, will be granted to Lebanese Red Cross. Donate at the link below.
Read More
Watch Our Virtual Trade Mission to the U.A.E.
If you were unable to attend our Virtual Trade Mission last week, you can now watch all three sessions: a general overview on doing business in the U.A.E., plus sessions on health and advanced manufacturing.
Read More
Summary of AMEI’s Virtual Trade Mission to the U.A.E.
On July 15, 2020, AMEI partnered with the U.S.-U.A.E. Business Council to host our first “virtual” trade mission to the U.A.E.  There were three sessions – a general overview, followed by two break-out sessions, one on health and one on advanced manufacturing. Featuring His Excellency Abdalla Shaheen, Consul General of U.A.E. in New York & Honorable William Peduto, Mayor of Pittsburgh, Pennsylvania. Click to read a summary of each session.
Read More