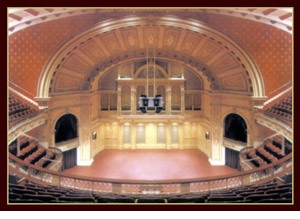 Zakaria, a leading authority and scholar on the global economy, geopolitics and international relations, will discuss “The Real Solution to the Middle East Crisis.”

Zakaria is host of CNN’s international affairs program, “Fareed Zakaria GPS” which airs on Sundays worldwide. He writes a regular column for the U.S. edition of Newsweek and the Washington Post and is the author of several books, including “The Future of Freedom,” and his recent best seller, “The Post-American World.”

In 1999, Zakaria was named “one of the 21 most important people of the 21st Century” by Esquire magazine. In 2007, his name was included among the 100 leading public intellectuals in the world by Foreign Policy, where he had once served as managing editor. He has received a host of awards and honorary degrees, most recently at Brown University where he was the 2009 commencement speaker. He serves on the board of Yale University, The Council on Foreign Relations, and The Trilateral Commission. He received a B.A. from Yale and a Ph.D. in political science from Harvard. 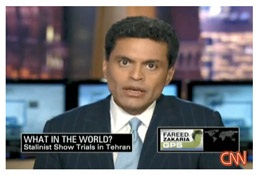 The conference will continue with a Wednesday, October 14, business symposium at the Duquesne Club, providing an interactive discussion on energy sustainability and emerging technologies. The event will provide a practical approach to business investment in the Middle East.

Business Marches On with Steve Lutes & Hisham Fahmy
AMEI hosted a virtual roundtable with Middle East experts on May 6th. This Business Marches On focused on Egypt with Steve Lutes, Vice President of Middle East Affairs at the U.S. Chamber of Commerce, and Hisham Fahmy, CEO and Advisor to the Board of AmCham Egypt Inc. Click below to read the summary of the conversation.
Read More
Mourning Paul O’Neill – Our Institute’s Honorary Founding Chair
It is with a heavy heart that I write to you about the passing on April 18, 2020 of Paul O’Neill, the former U.S. Treasury Secretary and CEO of ALCOA.
Read More
Save the Date! – October 14, 2020
Save the Date for our 13th Annual Conference. On October 14, 2020 AMEI will welcome dignitaries and leaders from the Middle East. Event details will be posted soon.
Webinar – Direct Line: New Algerian Government – Signs of a New Window of Opportunity Opening for U.S. Companies
U.S. Embassy Algiers will host a Direct Line webinar on New Algerian Government – Signs of a New Window of Opportunity Opening for U.S. Companies on Wednesday, March 18 at 9:30 am EST. The webinar is free and open to all U.S. businesses, and will be hosted by U.S. Ambassador to Algeria John Desrocher.
Read More
Sorrow on the Passing of His Majesty Sultan Qaboos, Leader of Oman & America’s Valued Friend
Read More